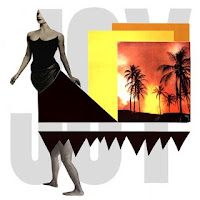 Stickers are Seattle empathy punk noise makers. With sax and sass, they cover the depths of human experience with the levity of firefly spit. Inspired by post-punk, pre-punk, and the songs that get people through life scathed in only the best of ways, Stickers are happy to slay through it with you via their latest LP JOY. Recorded and mixed by genius Erik “Mr.” Blood at Chemical X and Black Space studios in Seattle. Mastered by Adam Straney. Art by Troy Ayala. 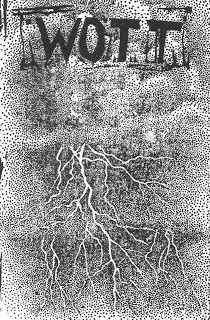 After years of undocumented jam sessions,  a show (the one and only for the group) with France's High Wolf forced this foursome to consider what a listener might hear in the noisy, cyclical instrumentals they'd been thrashing about on for all that time. The 9 jams played that show were captured shortly thereafter on the trusty Tascam 388 & futzed with by Kurt Bloch. Features members of Walls, Private Room, Climax Golden Twins, Hound Dog Taylors Hand, Unnatural Helpers, Tissue. Stamped cover. 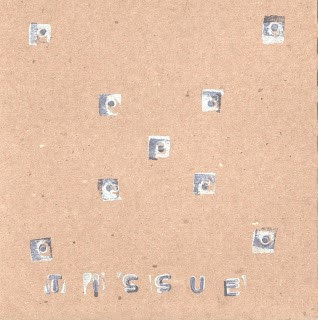 Tissue is Seattle duo Dean Whitmore (Unnatural Helpers) on expressive percussion and Gabi Page-Fort (Stickers) on guitar and piano, with both contributing vocals. Echoing the variety of an eclectic record collection, from Sebadoh III and Alice Coltrane to Gong and Francis Bebey, the debut self-titled cassette is a folky interpretation of circularity and jazz-punk, featuring luminary friends like Nils Petersen, Kurt Bloch, and Nick Merz lending guitar and bass licks. From wanderers to well-water-drinkers, the songs offer call-and-response to the thirst of being alive. Stamped cover. 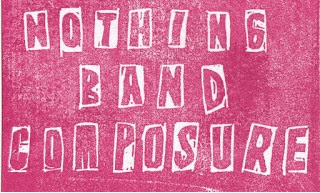 Oakland, CA’s Nothing Band is Max Nordile, artist and noisemaker known for his contributions, past and present, to the Trashies, Preening, The Blues, Uzi Rash, the Singulars and “Droppings - a Magazine of Art and Humor.” Simple rhythms and melodies assembled and locked in repeating lull you into a vulnerable state, making Max’s deep lyrics seep straight into your subconscious. This one man band is “just scraping by in a jungle underwater in between corn groves,” but who wouldn’t want to “work, work, work” (crooned then yelped) alongside this poet of the people to eke out a modest existence? If you like Napoleon XIV, Odwalla 1221 and Nihilist Spasm Band, don’t miss Nothing Band. Stamped cover. 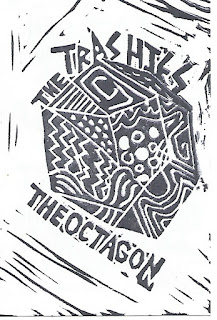 "The most important gunk-rock band to come out of the Northwest in our lifetime.… Exploring new art-gunk crevices, The Octagon stretches out classic Trashies sounds and concepts into cough-syrupy new shapes. Wandering further away from their 2004-era speedy satire punk with each release, the Trashies of The Octagon haven’t forgotten their roots as much as they’ve let them ferment into a mind-altering stew. The straightforward parody has warped into allusions of deeper freak-dom. Less Spits/Reatard, more Fall/Beefheart…Recorded by resident producer Wolfman, The Octagon pushes the Trashies into more experimental zones—uncomplicated electronic drums, bizarre sound samples, and vertigo-inducing vocal layers are smeared over their more familiar spiraling bass, guitar, and keyboard riffs… This is music to lick toads to. Bless this mess." - Emily Nokes. Stamped cover. 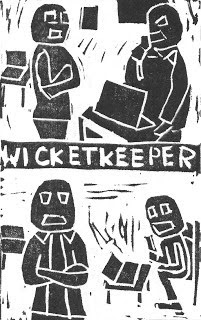 Wicketkeeper songs are made for singing. “Fabreezy” is especially catchy. It’s Top of the Pops confection spiked with indie rock angst introspection. Simon Morley’s lyrics ponder Life’s big questions with nostalgia and a sense of irony, backed by the loosely propulsive groove of strum-drum perfection. It’s simple, it’s blissful, and when Simon sings “We’re gonna be ok,” it’s like he’s talking to you. A happy marriage of Brit pop and Flying Nun goodness. Recorded and mixed by Ash Gardner at House of Strange, London. Stamped cover. 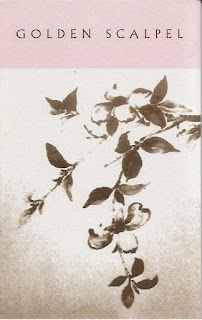 Ela Stiles (Bushwalking / Solo) & Jensen Tjhung (Deaf Wish/ Lower Plenty) bring you 'Golden Scalpel' - two blissful yet world weary sides of transportive, mostly acoustic songs, that might be equally at home in the back room of your local speakeasy as in the open air, on one of your freakier plains - Out now through Hideotic (Melbourne) and Reefers Records (Seattle). 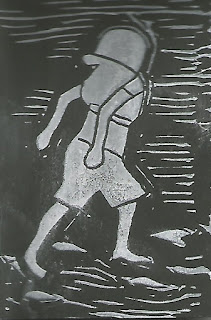 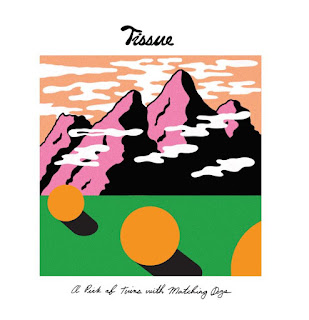 This debut LP from Seattle band Tissue evokes the death-defying dedication of the Olympic cyclist ("Gold Medal"), the nostalgia of checkbooks and Walden Pond ("Frogs"), and highlights of the strange, practical truths that define our lives (prepare for a dark turn on the B side - homage to Neil Young's On the Beach?). Featuring Chris Costalupes on bass, Cassidy Whitmore on backup vocals ("Gold Medal"), and Kurt Bloch on percussion ("Airplanes & Cameras.") Printed LP cover. Stamped cassette cover.

Hit us at reefersrecordco (a) gmail.com to order. Bulk shipping available.